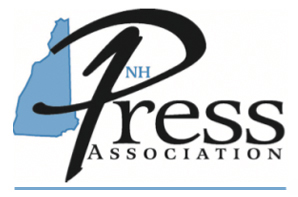 Board of directors January 11, 2018 meeting minutes

Board of Directors: Thursday, Jan. 11, 2018, a regular board meeting was called to order via phone conference call by President Vanessa Palange at 1:05 p.m.

In Attendance: In addition to Ms. Palange and Executive Director Phil Kincade, the following board members were in attendance: Howard Altschiller, David Brooks,  Matt Burdette (filling in for Heather Henline), Carol Robidoux, David Saad, Trent Spiner and David Tirrell-Wysocki participating for portions or all of the call, as individual schedules permitted.

A quorum of membership was present.

Membership Discussion: Board members discussed the pricing structure for membership and how fees would be assessed for companies with multiple newspapers/radio stations/websites, etc. Information and the dues structure is on the website. Mr. Brooks made a motion that when questions arise about whether a separate fee should be charged to a publication that’s associated with another  member publication that the executive director can make the call. Mr. Altschiller seconded the motion, and it passed unanimously. Mr. Kincade will reach out to each publication. If Mr. Kincade is unclear about any particular situation, he will bring it to the Board’s attention.

Approval of Minutes: The previous meeting’s minutes were submitted for approval by Mr. Burdette, pending any corrections from the board. Mr. Brooks made a motion to approve, and it was seconded by Mr. Altschiller. The motion carried unanimously.

Legislative — Trent Spiner, chair: Mr. Spiner sent a copy of SB555 to board members and asked for input. The bill would create an ombudsman system for Right to Know Requests and appeals. Mr. Altschiller made a motion that the board endorse SB 555. Mr. Brooks seconded the motion. Upon further discussion, Mr. Spiner weighed in with concerns on it slowing down the process because of a 30-day period allowed to the ombudsman to render a decision. Mr. Spiner said his newspaper may abstain from the vote because of those concerns. After additional discussion, Mr. Altschiller amended his motion to endorse the bill to “as currently written.” Mr. Brooks seconded the motion. Role call vote – For: Mr. Altschiller, yes; Mr. Burdette, in place of Ms. Henline, yes; Mr. Brooks, yes; Mr. Spiner, abstains; Ms. Palange, yes. Motion passes: Yes: 4, Abstain 1.

Contest — Matt Burdette for Heather Henline, chair: Ms. Henline will send out information to members on the two contest groups. She will set up a committee meeting to discuss contest for the end of January or February, possibly a lunch meeting at a central location.

The meeting ended without a motion to adjourn.