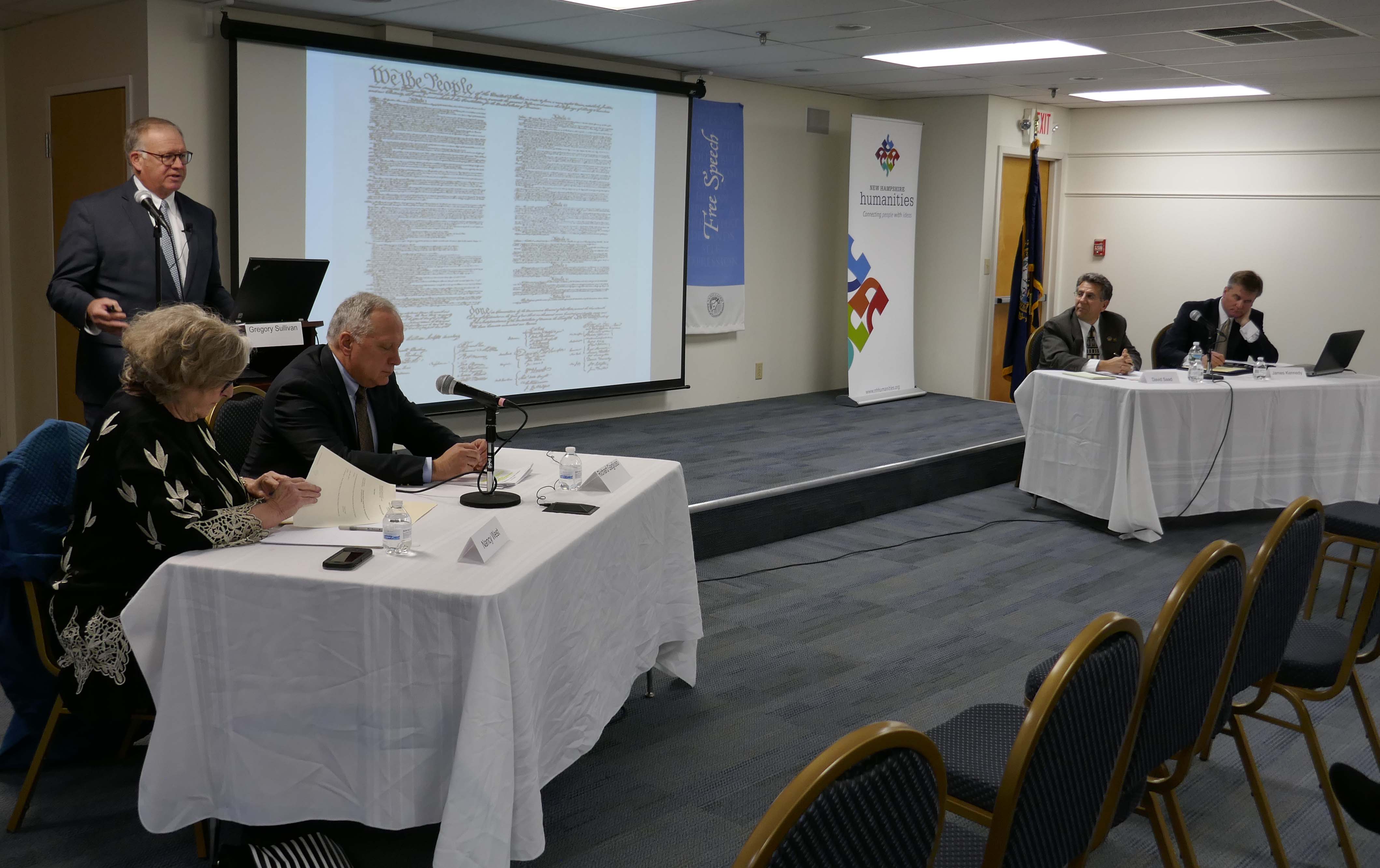 MANCHESTER – A panel of legal and journalism experts offered differing views of the status of right to know issues in New Hampshire as part of a Sunshine Week discussion sponsored by the New England First Amendment Coalition and Right to Know NH at the Nackey S. Loeb School of Communications Monday.

Nancy West, founder of the nonprofit New Hampshire Center for Public Interest Journalism and the executive editor of the center’s investigative news website InDepthNH.org said that over her more than 30 years of reporting, access to public meetings has improved but that access to public records has worsened.

West pointed to the increased use of electronic documents as a cause for the decline in openness. Where in years past officials would allow her to view the actual physical documents, now she often waits much longer to receive electronic copies or documents that are often heavily redacted. She mused about receiving a document that had virtually everything blacked out except for the use of the word “the.”

She also encounters more reasons why documents can’t be released.

“They will always say it’s part of a continuing investigation,” West said, or that more time is needed redact elements.

Concord City Solicitor James Kennedy, who also served as an assistant  New Hampshire Attorney General, disagreed saying government is more open than it was 15 years ago. He too cited increased use of electronic documents for the reason. But in his opinion it’s a good thing because so much more information is readily available to the public.

It used to be that everything was in paper form, he said, which meant it took longer process right to know requests. Now it isn’t uncommon for people to request information that is already posted to the city of Concord’s website.

He stressed in his experiences, public officials appreciate the importance of responding quickly when the public seeks information.

As part of the discussion David Saad, president of Right to Know NH, recapped the group’s efforts to affect legislative improvements in the state’s right to know law.

The legislation has received initial approval in the Senate and is awaiting a review of its fiscal implications before being sent to the house.

Rick Gagliuso, member of NEFAC’s Board of Directors who has represented newspapers and other media outlets in New Hampshire since the 1980s, provided an overview of the right know law’s key provisions.

He said the law focuses on two fundamental issues, access to public records and access to public meetings.  The biggest changes in the law over recent years have been bring the law up to date with the ways technology has altered the ways public documents are created, stored and transferred.

He pointed out the one branch of government excluded from the right to know law is the judicial branch. Past efforts to add the court to the law system have failed.

The discussion was moderated by Gregory V. Sullivan, a member of NEFAC’s Board of Directors and general counsel for the Union Leader Corporation. He also teaches First Amendment media law at Suffolk University Law School and at the Nackey S. Loeb School of Communications.

“There is no more important time to be educating the public about the right to know law,” he said.

In his 40 years of legal experience Sullivan said “There is more sunshine in New Hampshire but the situation is worse with the federal government.”

All the panelists nodded in agreement.