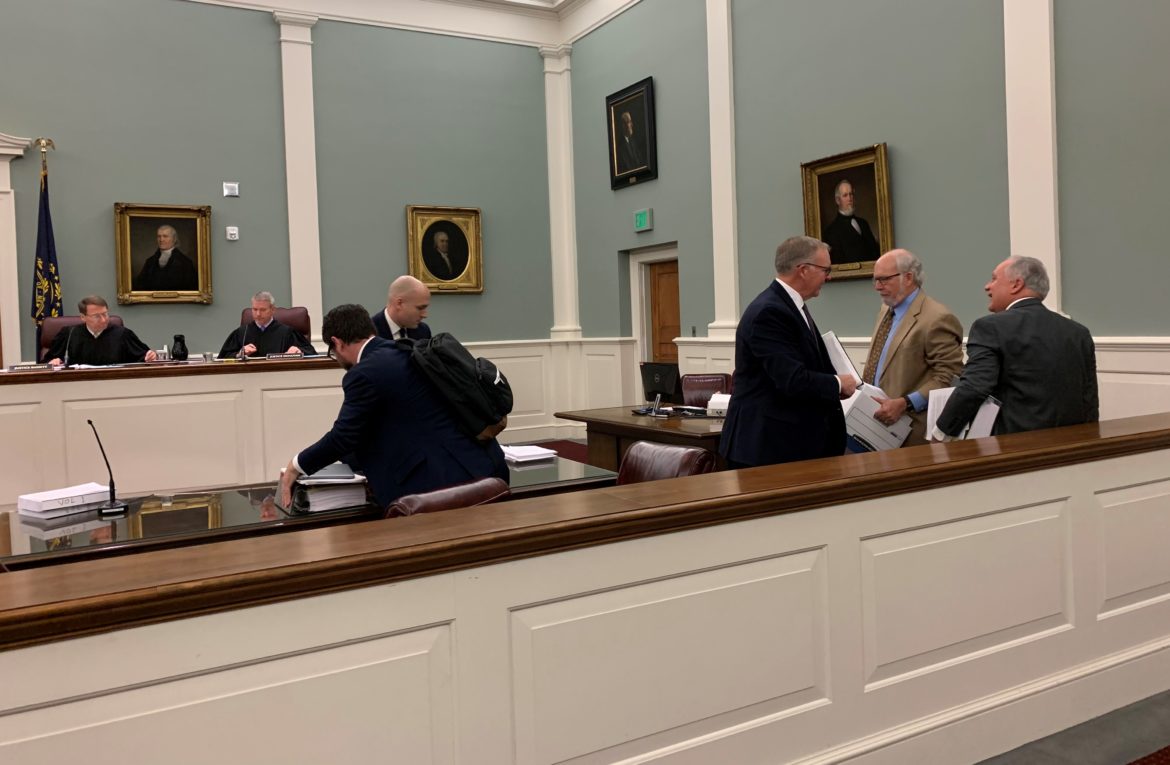 CONCORD – The state Supreme Court heard oral arguments in three separate cases Wednesday that could fundamentally change how much information the public is entitled to know about the actions of their public employees.

Lawyers for the Seacoast newspapers, the Union Leader Corp. and Keene State College Professor Marianne Salcetti and her students all argued separate cases making essentially the same argument – that the justices should overturn a decision their predecessors made on the court 26 years ago in Union Leader v. Fenniman.

The public has been denied important information about how public employees perform their duties ever since the Fenniman case, they argued.

Read the complete article in InDepthNH.org

‘It was wrong then and it’s wrong now’: Lawyers argue over high court ruling on public records

By LEAH WILLINGHAM
Monitor staff
The case of a Dover police lieutenant who made harassing phone calls three decades ago has led to a broad restriction on the public’s ability to review government employee wrongdoing, several lawyers argued at the state Supreme Court on Wednesday.

William Fenniman Jr. was the police chief in Dover back in the early 1990s when the Union Leader Corporation wanted access to an internal investigation into the lieutenant accused of making the calls.

Yet, Fenniman refused to give the Union Leader memoranda and other records compiled during the investigation. The case eventually went to the state Supreme Court, which sided with the city of Dover in 1993, saying the additional records constituted “private personnel practices,” which were categorically exempt from the right-to-know law.

Twenty-six years later, Gilles Bissonnette of the American Civil Liberties Union of New Hampshire said this narrow ruling is now being used to wrongly shield legitimate information pertaining to government employees from the public eye, and used the Concord School District’s investigation of Howie Leung as an example.

“We believe that this position is deeply harmful to government accountability and is inconsistent with Chapter 91-A’s presumption in favor of disclosure,” Bissonnette said. “It’s crystallized to me when I think about the examples of documents that would be categorically excluded under Fenniman. Number one, an internal report documenting a school district’s potential failures in investigating sexual misconduct against students by a teacher.”

Read the complete article in the Concord Monitor.