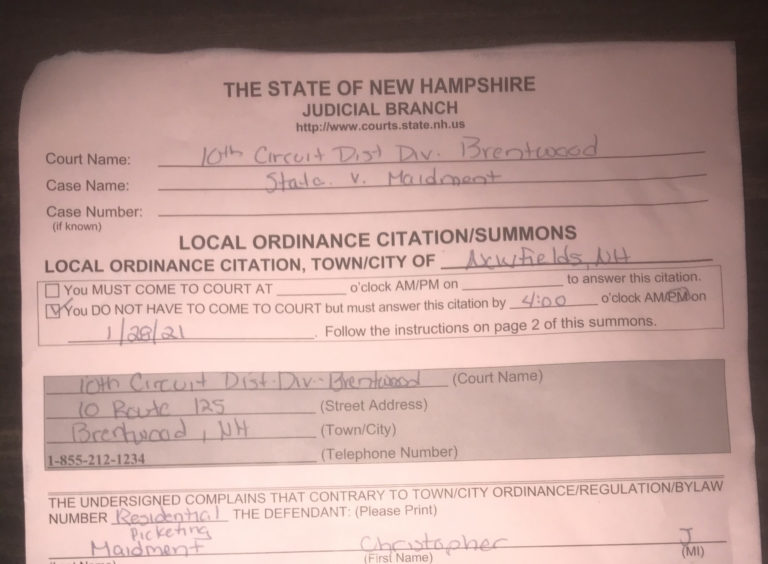 Newfields police used a controversial new ordinance to ticket protesters gathered outside Gov. Chris Sununu’s home Monday night. They also ticketed an NHJournal reporter covering the event, despite being repeatedly informed that he was a journalist on the job.

Reporter among 9 fined at protest outside governor’s home, another arrested

One person was arrested and nine others were fined $100, including a reporter, after a protest over a statewide mask mandate outside Gov. Chris Sununu’s home in Newfields on Monday night.

The police crackdown came in response to a new town ordinance pushed by Newfields Police Chief Nathan Liebenow and approved by the select board last week that prohibits picketing outside a private residence.