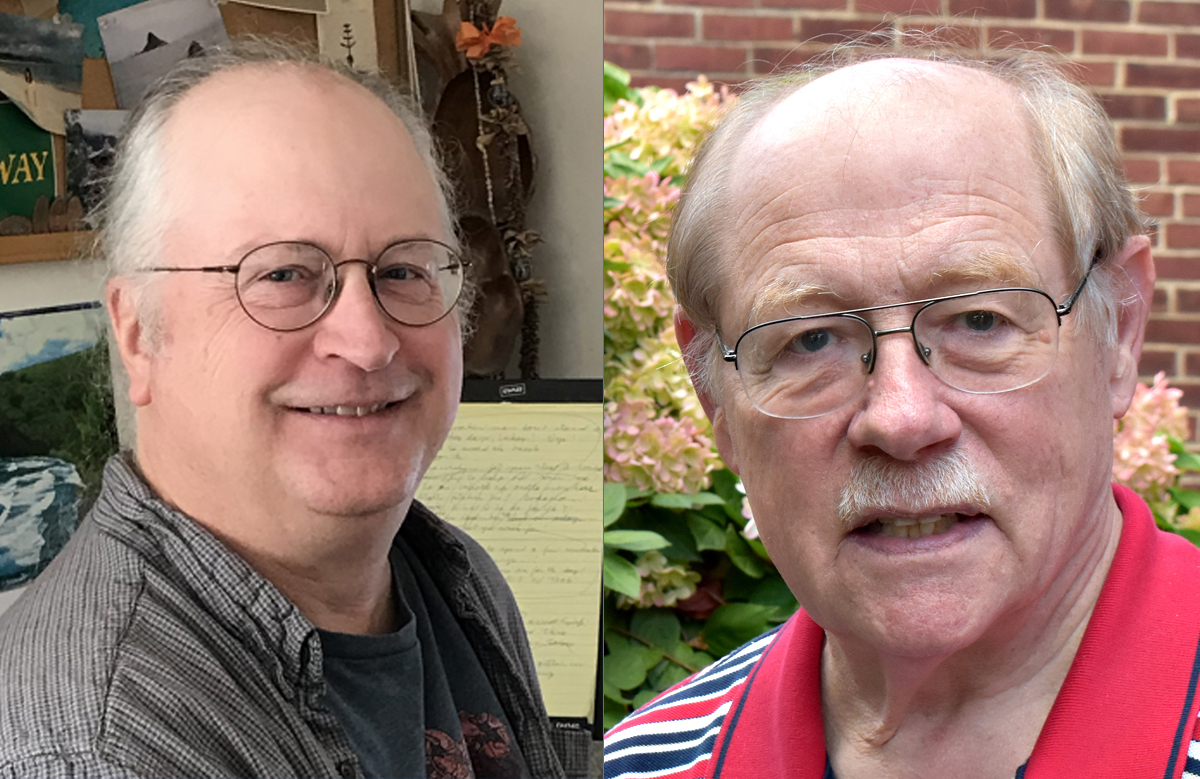 Mortensen worked at The Laconia Citizen from 1979 to 2011, where he covered municipal government and general news assignments. He later worked as wire editor, regional news editor, news editor, editorial writer, and managing editor. He did it all, covering everything from fires and police calls to city government and presidential primaries. Mike now reports for the Laconia Daily Sun

Over the years Marland has drawn cartoons for 11 newspapers from all over the state, starting out at the Littleton Courier. Mike spent the bulk of his career, almost 30 years, skewing politicians for the Concord Monitor. Although officially retired from editorial cartooning, Mike continues to draw a rural humor comic strip, R.F.D. syndicated by King Features Weekly Service and is the main gag writer for the long-running King Features daily comic strip Barney Google & Snuffy Smith. He also occasionally submits cartoons to Indepth.nh.org.

Mortensen and Marland will be honored as part of the New Hampshire Press Association’s 2020 Excellence In Journalism Contest Awards ceremony to be live-streamed on Facebook, Thursday, September 23 at 6:30 p.m. https://www.facebook.com/PressNH/events

The event will be hosted by Kimberly Hass, Managing News Editor of Seacoast Current, and Mike Cote, Senior Editor for News and Business at the New Hampshire Union Leader.

This complete list of awards finalists can be viewed here: