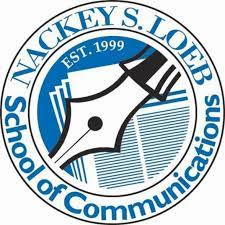 MANCHESTER — The Nackey S. Loeb School of Communications seeks to honor New Hampshire residents or organizations who have worked to protect free speech and free press.

Nominations are open for the school’s 20th annual First Amendment Award, honoring diligence in protecting free press and free speech liberties. The recipient(s) will be honored at the School’s First Amendment Award Event in the fall, and will be included as part of a video tribute.

A committee of judges chooses the recipient from public nominations. First Amendment recipients receive a bronze eagle sculpture created by Mrs. Loeb and a $1,500 award.

Nomination forms are available at loebschool.org. The deadline for nominations is Monday, August 15.

The Nackey S. Loeb School of Communications promotes and defends the First Amendment and fosters interest, integrity and excellence in journalism and other forms of communication by educating students of various ages and providing them with the tools and knowledge to improve their skill. Learn more about the School at loebschool.org.